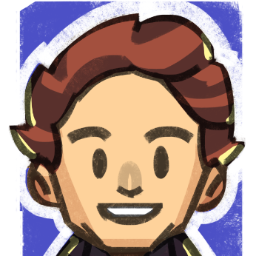 Oh Grum, why did you choose to serve these fans such unfortunate news?

You can charge for hosting servers, but not for gameplay features.

So if you haven't been following the Minecraft drama in the past few hours (or days), you might be interested to know that Mojang is currently in the works to shut down Minecraft servers that give perks to players who pay, whether these be donations or not. Players and server operators are not happy.

As far as I currently know, and as the situation currently develops, Erik Broes (@_grum) on behalf of Mojang chatted up with server operators, namely MCPVP, Hypixel, and other ops to verbally serve them a cease and desist on their operations. I've been able to grab up a few snippets from Skype logs and from my friends [1].

Erik Broes: doesn't matter at all, based on plugins or not, you cannot make money with Minecraft without our permission :)
[...]
Erik Broes: running servers is *NOT* A BUSINESS*

Even threatening the presence of lawyers.

Erik Broes: It just made me sad someone spent $1200 on a server, he could have given 44 kids a copy of minecraft rather than paying again for pixels he already owned

While spending $1,200 on a server is odd in the grand scheme of things to begin with, it isn't unheard of in the gaming world. Often, you don't find individuals who spend several thousand on a hobby, such as rocketry or rc airplanes peculiar. But that's just what Minecraft is, a hobby. One serves an individual's satisfaction; the other is straight up charity.

While it is purely of Mojang's right to enforce their policies on their intellectual property, many players believe that this will have disastrous effects for the community.

A significant player base of Minecraft revolves around large servers (500+ slots) that take huge amounts of resources to run. Server costs, custom development work on plugins reach in the several thousands of $ a month to maintain a server of this size. Each is like an individual startup. Hundreds of servers of this size exist as to date.

Servers of this size usually operate on the model that users pay for game perks or in-game cosmetic items to receive appearance benefits. Models like these generally work well enough to support costs and provide a working salary for those who work full-time on the servers [2].

The issue is that Mojang is officially on the stance that server operators can only receive donations, and that no incentive for these donations/benefits can be given.

Eric Broes: donations are no problem, but only in that purest sense, you get *NOTHING* back for a donation

Pure donations at the current time are an unsustainable solution for servers of these size. With nothing to be given in return, many users are given no incentive to donate. Similar to the events of a deflationary spiral, the majority of servers whose cost to maintain is higher than that of a vanilla server will inevitably shutdown.

Development for multiplayer servers will have to rely on the goodness of developers to provide something other than the Vanilla servers that often many players get tired with.

In the EULA, planned beforehand

It's interesting that this clause has been in the the EULA (end user license agreement) since at least last December, however it had never been enforced until now. It is likely that Mojang had been waiting to make this move for a while, but did not have the nerve to do so.

So the one major rule is that (unless we specifically agree it – such as in brand and asset usage guidelines) you must not:

Currently it's very prominent that Mojang makes money off of Minecraft primarily through game purchases and merchandise licensing. It seems that this isn't enough. Mojang might be beginning to fancy the potential for "pay-to-win" servers, and is tightening down control of the current Minecraft ecosystem. However, much like Twitter has done in the past, it doesn't seem that voicing any complaints will help.
Edit: One plausible theory proposed by altcognito on Hacker News is that Minecraft is trying to funnel users to their "rent-a-server model" business, Realms. Personally, this seems much more likely.
Earlier today, there was a change.org petition against Mojang to modify the EULA in users' favor. It has since been removed.
Mojang is making a dangerous play, one that may cripple the flourishing community indefinitely. It will be interesting how this plays out in the next couple of days.
[1]: The various logs I've collected can be seen here and here. More are on Skype, however it serves as an inconvenience to get them.

[2]: As a personal example, my friend (who will be unnamed) partially contracts his time out for $1-2k a month for his plugin development work.

I used to be an engineer, now I bike around to make the world a better place.